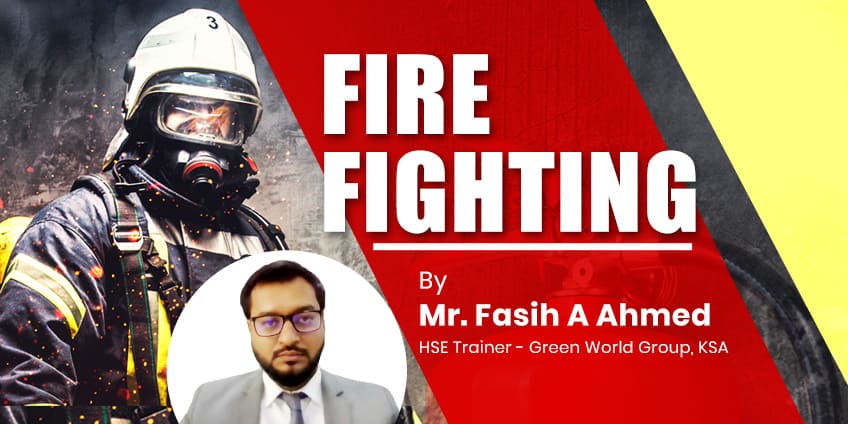 We use fire a lot. We use it for many things and we’ve mold things with it. We manufacture things with them. We also use fire to cook, right? in our daily use a smoker uses a lighter to light a cigarette with fire.

But what fire really is? That’s the major question…

“We can understand that we can manipulate it and use it, and either extinguish it as well”

It is very important to make sure that we have an understanding of what fire is.

Fire is the rapid oxidation of materials in the extra Thermochemical process of combustion releasing heat, light, and various parts.

Some people will understand that and try to simplify that, but let’s try simplifying that in much simpler ways.

We also need to realize that fire is the leading cause of major injuries, as well as fatalities and property damage.

These days, the fire could be caused by many things that we will talk about in more detail.

There is a huge amount of property damage. Now, if facilities and buildings catch on fire, they become inhabitable, right? And it’s a lot of costs to repair. Obviously, you’re losing production, you’re losing office time, you’re losing money, a time that you could have used to generate money.

So moving forward, there are three elements that cause the fire?

If we can understand the triangle of fire, then we can use it to our advantage and manipulate it to either do what we need to do with it, or we can extinguish it with fire.

So what are the three things that make a fire?

And now recent studies have said that to combine these three, there must be also the fourth factor, which is the chain reaction that connects all three. So understanding the fire pyramid or the fire triangle is the most essential part.

What are the three things that would create fire?

Then we have the oxygen that’s practically all around us and not in the increase of oxygen, obviously will increase the flow of fire.

Then we have the heat, the heat would be the ignition source, the spark that initiation.

It could be something as small as static electricity.

So we’ve come a long way from where we used to create a fire, from beyond let’s say in the 1920s, we created lighters and then a year later we created a match.

But before that, we were creating fire the camping style – Dig a hole, gather a dry wood park, set them up fine too sharp puffs, spine two rocks that would create friction to create a spark from that, and make sure that it lenses into the bark or the dry branches.

And then from that, we would only create smoke. So we would apply oxygen or increase the flow of air there. And then the fire, to keep it going we add wood.

“So understanding these three things – Oxygen, fuel, and the heat source are very essential because if we can eliminate any one of these, then we can fight the fire”

We will discuss exactly what conditions; what extinguishers we would require to fight these fires. But we must inspect these electrical sources are from these ignitions so that we don’t have problems or we don’t have to fight the fire on a great magnitude because the damage can be very severe.

There are obviously cost and friction, the grinding of similar objects could create ignition sources, could create heat, obviously which would generate heat and would create a fire. So, as I mentioned before, the “Hitting of two rocks, creating the spark that’s friction” … right?

So cutting, welding, these are industrial sources of ignition would require the heat source to either modify or mold or even fabricate things that we would need in the industry, which would require a hot work permit to conduct their job.

We have now two types of lighters, and nowadays we have the electrical one, and then click that just emits a spark, and then we have the friction one, it will create that spark and the butane and the oxygen around it does the job for you.

Matches, the fuel source for the match is the wood. How big the wood is or how long it is if the fire will keep continuing, but where’s the heat, where’s the ignition. The ignition is the software, which is also on the match, which you wouldn’t use as friction to ignite. And if we increase the oxygen on that, we can eliminate the fire as well because of the fuel source.

But what about the candles?

The only thing that would require a direct fire to ignite is either a lighter or a match. Here’s an interesting thing, every light of the candle and then blow it away, and watch the smoke well.

All you need to do is take a lighter and try to ignite the smoke and you would see the smoke, the flame following the smoke all the way to the wig. That is not a magic trick.

That is actually a simple explanation, which I’ve been explaining all this time is that the lower stage of fire is smoke. So, the next stage to smoke, which is fire, right? And the stage lower to fire is smoke. So that’s just a little less hot and the smoke can ignite through and it can travel all the way to its fuel source, that it can light up.

Now going into classifications of fire

Water is not the solution for everything.
So we can’t just throw water on every type of fire we can find or source of a fire, but we must understand what classifier it is? Because we’re talking about elements, that we’ll catch on fire or sources.

So now obviously there are two standards in this world

I wouldn’t go into the British standard again, if you are interested, please join us for a full course with the Green world group but what I will talk to you about is the American standard.

Class A is a very ordinary fire that can be eliminated or extinguished from water. So what are those? Those are,

Class B is petrol, diesel, oil, paints, and solving, anything, any product that has the flammable on it.

Class D is a metallic fire that would ignite, or could also have a lot of combustion around it because of its magnitude of the fire because this is metallic, Titanium, potassium, sodium and the simple thing with metallic fires is that the flame emitted from these are always of a very different color.

So it’s easier to distinguish that and you should identify the flame color, as quickly as possible, in case of emergencies to understand what type of proper exposure you would use.

Class K is the cooking oil and a fat fire, which obviously we put oil on the stove to fry something. There’s a point where we can use it to do the cooking, but then if we leave it for too long, it has a flashpoint that will ignite.

So one of the best ways to deal with that, if it’s immediate is to smother the fire as quickly as possible, by either putting the lid on it or break it, that cloth over it. But never apply water directly into the burning oil. Why? Because obviously, we’ll throw particles all over the place. There will be debris.

“There are very special extinguishers that we’ve created for just this class itself. So let’s talk about the Extinguishers”

Dry powder is one of the most common extinguishers that companies using mostly all-around people would then come prints and organizations would invest in why because it covers most of the classes.

But, you must understand the two major disadvantages of dry powder.

Now, the second one I to talk to you about is carbon dioxide. This is a great extinguisher for electrical fires but there’s also one thing that you must understand that to use a CO2 extinguisher, you must be wearing gloves. Why so? Because you can end up with Frostbites. The container could get very cold because of it.

Every extinguisher is only a one-time use so be careful with the way you use your extinguisher.

Extinguish the fire with your extinguisher but stop when you have extinguished the fire, but then wait, because what you’ve only done is you’ve cooled off the top surface.

You still have to pull up the bottom surface because what’s going to happen is the heat from the bottom is going to travel up and once it gets oxidized it will catch on fire.

Extinguishers are element-based, meaning, we are supposed to use extinguishers for the classes of fires that we have.

When you are on fire?

So if a human being catches on fire, always remember, never run and never panic was the one safety rule that we will always keep telling you why because it will create more obstacles, but here, if you’re ignited and find your fear, engulfed in fire, you run, you oxidize yourself a lot more, which means you increase the flow of oxygen and you would catch on fire much faster, and it would be much harder to control.

“So what you should do is Stop, Drop, and Roll”

And if an individual is doing that, while he’s on fire, the other individual sees this should remedially run and find him a fire blanket to cover them up to extinguish, to smother the fire as quickly as possible.